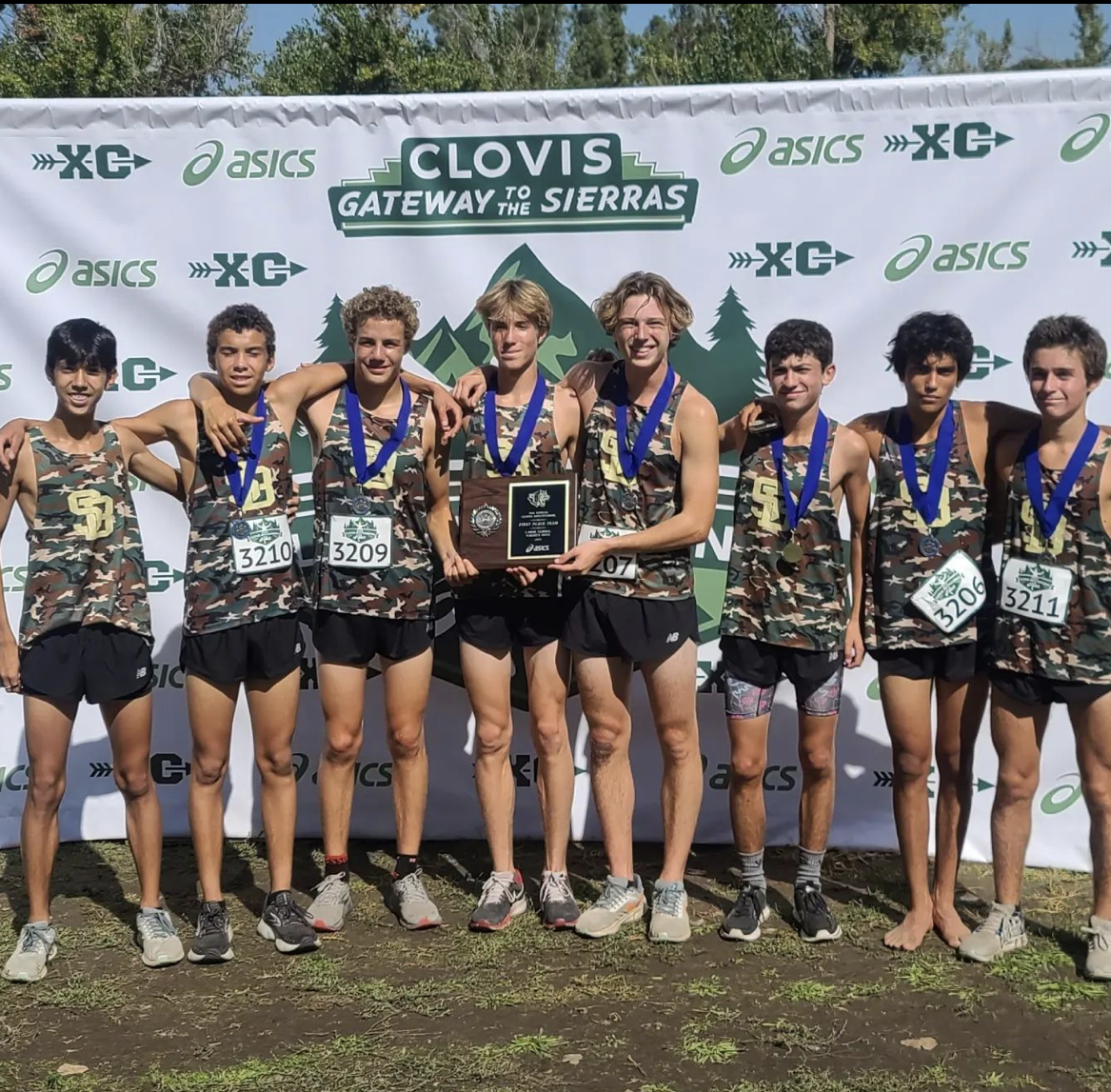 Athlete of the Month: Andreas Dybdahl

Andreas Dybahl is a junior on the Santa Barbara High School varsity cross country team. He recently competed at the Asics Clovis XC Invitational. This was a very big accomplishment for him individually and for Santa Barbara High School as a whole as there were over 170 schools who participated in this event. Andreas has been working hard all of his life and hopes to continue his career in cross country.

Andreas has always been a runner. He has been running since he was a little kid, but he started running competitively in seventh grade. He says he really got serious with running when he started high school, which was also when he joined the SBHS cross country team.

Andreas recently came in second place at the Clovis Invitational, which consisted of 175 high schools and 90° weather. This accomplishment was one that Andreas was very proud of because of how hard he worked for it, and how much time and effort he put in preparing for this big race. “I felt really good taking second place at Clovis Invitational because I raced exactly how I wanted to and was able to out-kick a few runners at the end,” Andreas says.

Preparing for a big race plays a huge role in Andreas’ success. Getting in the right mindset is a tactic that can always help improve his running. “For a big race I usually take the week before to focus on staying hydrated and making sure I get a lot of sleep,” Dybdahl says. Nutrition also is a big part of performing well, so Andreas makes sure to eat well the week of a race. “I also make sure to roll out and stretch the night before my races to relax and loosen up my muscles.” Dybdahl states.

Running in college is Andreas’ biggest goal in this sport. Ever since he started running in high school, he has always dreamed of being able to perform at a higher level in the sport that he loves. “I want to be able to use my skills to get into and represent whichever college I go to.” Andreas says. He cares deeply about proving himself and expressing his talents in ways that he enjoys.

Andreas is a very hard worker who loves cross country. He is The Forge Athlete of the Month because of his recent accomplishments, and how he is persistent in his sport and never gives up or gets distracted by other things. Andreas hopes to continue his career in cross country and keep working hard on the things he enjoys.