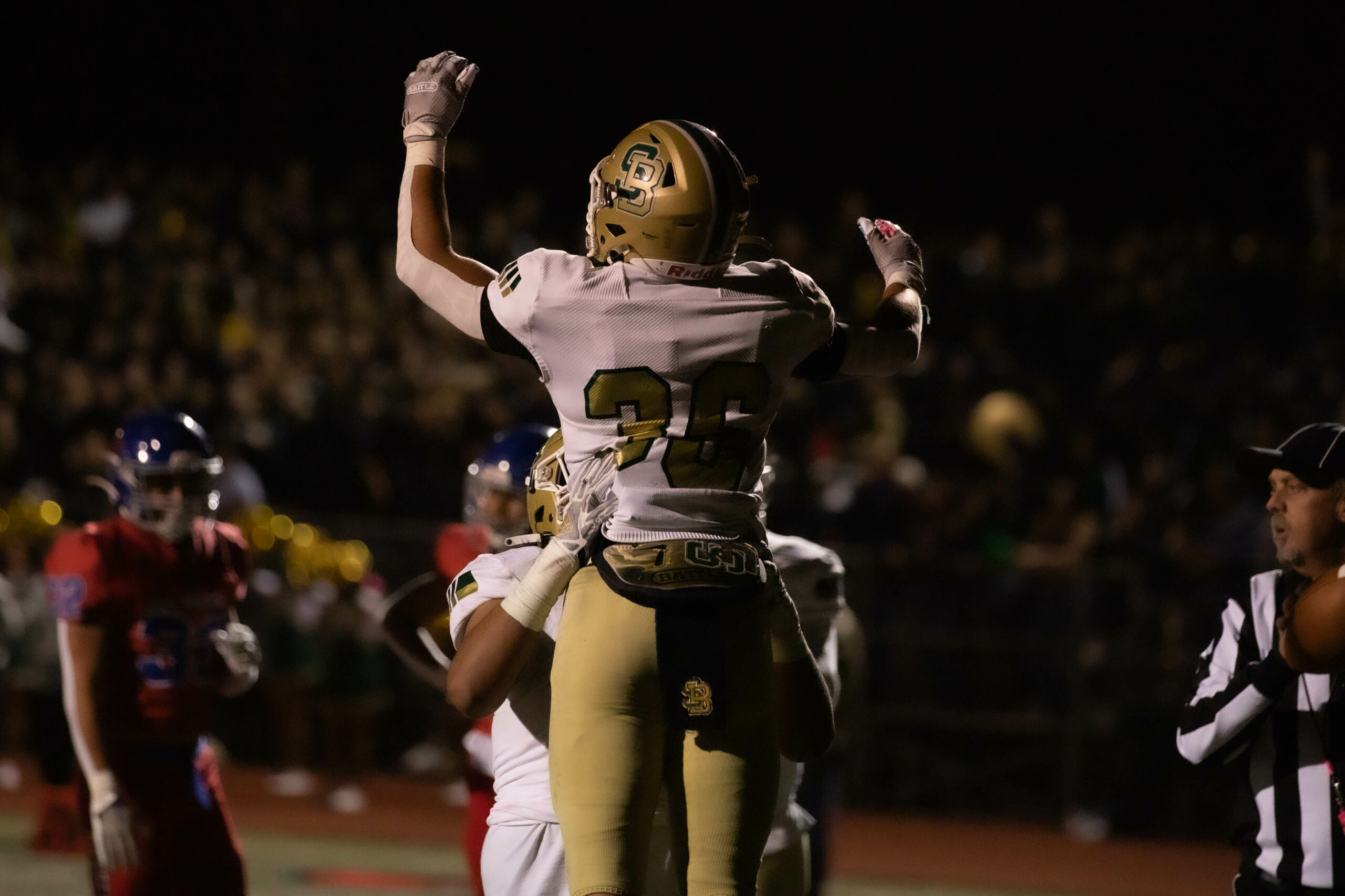 On Friday, October 28, the SBHS Dons played against their rival team, San Marcos High School, in their last game of the regular season. They ended up securing a 26-7 victory making their record 9-1. Their quarterback, Abel Renteria, contributed to the team’s victory with 227 passing yards and running back, Nate Barrios, had a big night with 14 carries, 120 yards, and two touchdowns. Santa Barbara’s defense didn’t disappoint as they made multiple forced turnovers converting into the Dons scoring and in the end, bringing home the win.

Both teams started out a little slow in the first half with Santa Barbara only scoring once. However, the second half came around and something in the team snapped. Not only did they score twice in the third quarter and again in the fourth, but also played amazing defense. Unfortunately, they did let up one touchdown, but it was still a great performance from the Dons.

I asked one of the Dons’ newest varsity players, Bode Fauske, about how he felt being able to play this game at the varsity level and he said, “Honestly, even though I don’t play that much, it’s still a great experience.”

The game was also a big deal among the SBHS community as hundreds of students filled the stadium. It got to the point where the Santa Barbara section was too crowded for anyone else to enter, and fans either had to file into an “overflow” section across the field or go somewhere else to watch the game.

This game was not only important as it was the last game until CIF, but also meant a lot considering San Marcos is SBHS’s biggest rival. This put a lot of pressure on both teams to win, so this win meant a lot for all of the players and coaches.

The Dons are now ready to enter the playoffs confidently and hopefully win a CIF championship. Their first playoff game is at home against Downey Friday, November 4.