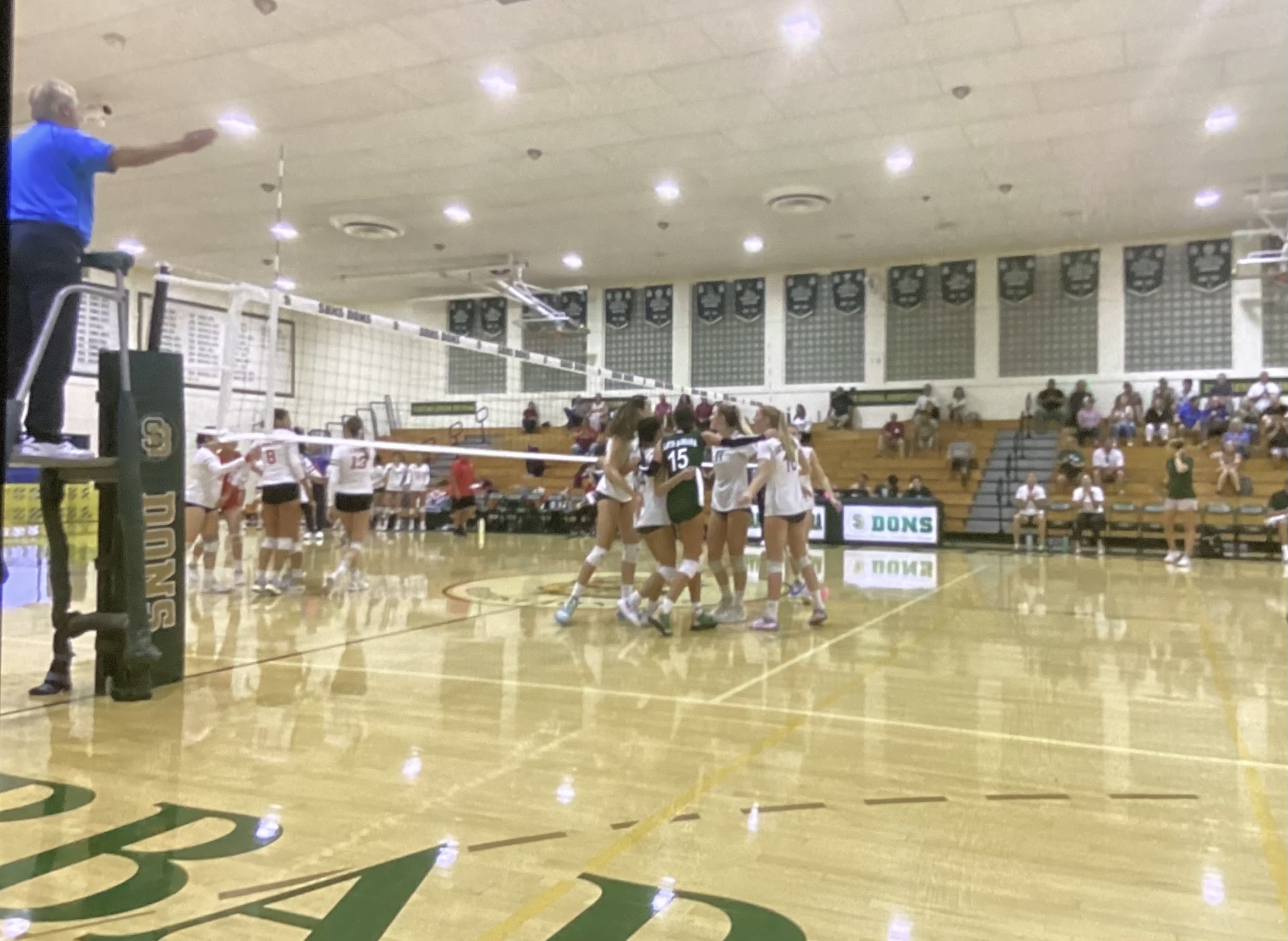 Santa Barbara High School girls volleyball looks to repeat their effort in last year’s CIF run, where they swept El Rancho. Moving up two divisions in CIF, and losing plenty of key seniors including Emma Zuffelato, Carolina Koceman, and Campbell Brown isn’t easy, but the Dons have held their own as a relatively young team and have come out on top as channel league champions.

Dons swept Burroughs High School in round one of CIF Thursday night. The Dons’ assistant coach Kim Zuffelato says “our serve receive and our serving was very good tonight and when those two things are going well, we are very hard to beat”.

Following the loss of many of their seniors, a relatively young Dons team looks to work together to go far in CIF after moving up two divisions. When junior middle Augustine Wooten was asked what their strategy was regarding moving into a higher CIF division with such a different starting lineup from last year, she said, “I think to play more as a team and help lift each other up, because in the beginning we played more individually, but now we know how to help each other out that helped us win our tough games”.