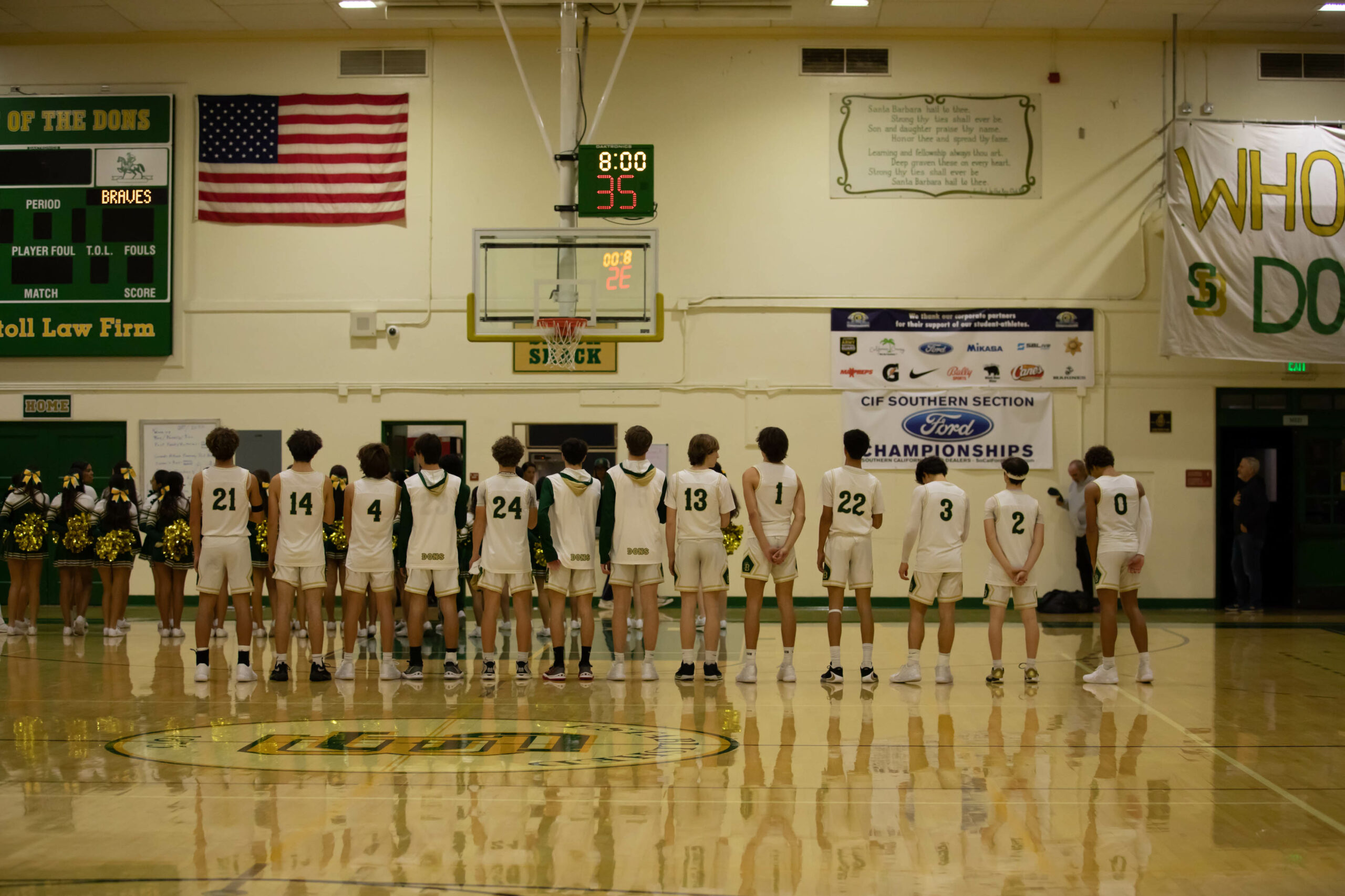 Recently, the boys faced Buena High School, in a hard-fought game in which the Dons won by 10 points, resulting in a game that put fans on their feet. Luke Zuffelato ended the game with a career high 40 points, which led his team to victory. The boys basketball team is rather young this year, consisting of only one senior athlete unlike last year’s team, which had nine seniors. In addition, this team lacks size and tall players but they make up for it with their speed and athleticism. Head Coach Corey Adam has much hope in his team this year as well. On the topic of lacking size, Adam thinks, “We look at it as a strength because our guys have speed, athleticism and good basketball skills, especially including shooting.”

The female Dons have had more of a rough start after losing two key players, Elle and Jazz Stone. Their current record is 1-6, after recently facing Buena in a tough game. Starting point guard Dayzia Mendoza is very confident in her team. Mendoza states, “Every game we keep moving in the right direction and keep getting better.”

Preparation for a game is key at this level of basketball. Keeping your body healthy mentally and physically is a very important part of being an athlete. Starting shooting guard Luke Zuffelato says, “We usually sit in the green room going over the game plan and getting hype before the game. We also stretch a lot before the game to make sure we are physically ready for whatever matchup we are facing.”

The Dons will face many challenges this year, because of moving down the coast for better competition in a new Channel League. Teams including Oxnard, Buena and Rio Mesa will lead the Dons to face bigger challenges this year and work harder to achieve their goal of winning league and moving on to CIF playoffs. This year is ramping up to be a great year for basketball at Santa Barbara High School.