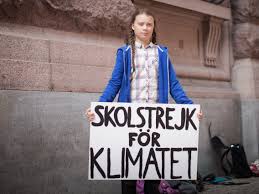 Climate Change, Earth Is In Danger

The current worldwide epidemic is our dying planet. Even though scientists have shown research for the last 30 years that our planet is dying, we are only starting to take action now, it may be too late. Earth-orbiting satellites have shown, after many years collecting data, that our climate is rapidly changing. Since 1950, carbon dioxide emissions have been at their highest, and are still rising. Carbon dioxide and many other gases have been known to get trapped in our Earth’s atmosphere and warm our planet. Even if we stopped emitting greenhouse gases today, global warming would still continue for years, even decades. According to the United Nations Food and Agriculture Organization, the global livestock industry is responsible for nearly twenty percent of humanity’s greenhouse gas emissions, which is more than all cars, trains, ships and planes combined. Cattle consumes nearly 10% of the world’s fresh water resources, and 80% of all farmland is devoted to the production of meat.

Climate change affects everything, from the oceans to all living organisms. The ocean takes up much of the emitted Carbon Dioxide, meaning that the ocean is heating up. This brings a lot of changes that are not for the better. Warmer temperatures in the water make Antarctica unsuitable for the animals living there, causing species as a whole to become extinct. Warmer temperatures also mean that currents are changing. Currents that were once cold are now directly affecting the food chain of sardines, which in turn feed the dolphins, whales, and gannets. We are all a part of this chain of life, and when one species dies out it affects the entire food chain. It also affects the rising of the waters, in addition to extreme weather like hurricanes, tsunamis and major weather storms. In this time of crisis the planet needs us. They need us to take action for our future, our younger siblings, our future children and ourselves.

When we so desperately needed change and motivation, a girl who had been diagnosed with Asperger’s and selective mutism decided that she needed to speak up now. This girl is Greta Thunberg, a 16-year-old Swedish climate activist, one of the many people making a change for our futures. She has made speeches in different countries, including Ted Talks for climate change and she started a school strike worldwide among students. One of her recent speeches, at the United Nations, began with “How dare you?” She says that she is disappointed in the older generation. “We are at the beginning of mass extinction, and all you can talk about is money and fairy tales of eternal economic growth.” Greta demonstrated her anger throughout her speech because she feels that this should not be her responsibility; that she should be able to have a regular childhood because the adults have power to take action.

“How dare you continue to look away, and come here saying that you’re doing enough, when politics and solutions needed are still nowhere in sight.” The only idea “the people” want to pursue is to cut gas emissions in half in ten years, which only gives us a 50% chance of staying below 1.5 degrees celsius, and risks setting off an irreversible chain reaction beyond human control. Thunberg continues on to say that this is not enough, more must be done for a better chance of survival and that the adults are failing us. She ends the speech saying that the younger generation will now take action to change what has been done. If you want something done right, then do it yourself.

In the week of September 20th through the 27th more than 7.6 million people joined the climate strike. It has been confirmed as one of the largest global protests; initially starting from Greta Thunberg when she began skipping school on Fridays to sit outside the Swedish Parliament. She inspired students around the world to raise awareness and start change for our planet by skipping Fridays to march. Students say that this is far more important than our education, because there would be no point in focusing on our future in schools if there might not be any future. Italy, New Zealand, Spain, the Netherlands, and the United States are just some of the many countries participating, our city and school included. On September 20th many students in Santa Barbara High School joined the worldwide protest filling the downtown area with hundreds if not thousands from Santa Barbara alone, led by the Green Club. The Green Club is an on campus club that works to make Santa Barbara more sustainable and do things that benefit the environment. During the march the community and united, shouting chants and sharing empowering speeches with one another. If you missed it do not worry, as many more are to come. Even if you can not afford to miss school there are different ways you could do something, simply by reducing your meat intake, carpooling, or writing letters to our local representatives, and most importantly, voting if you are able to!