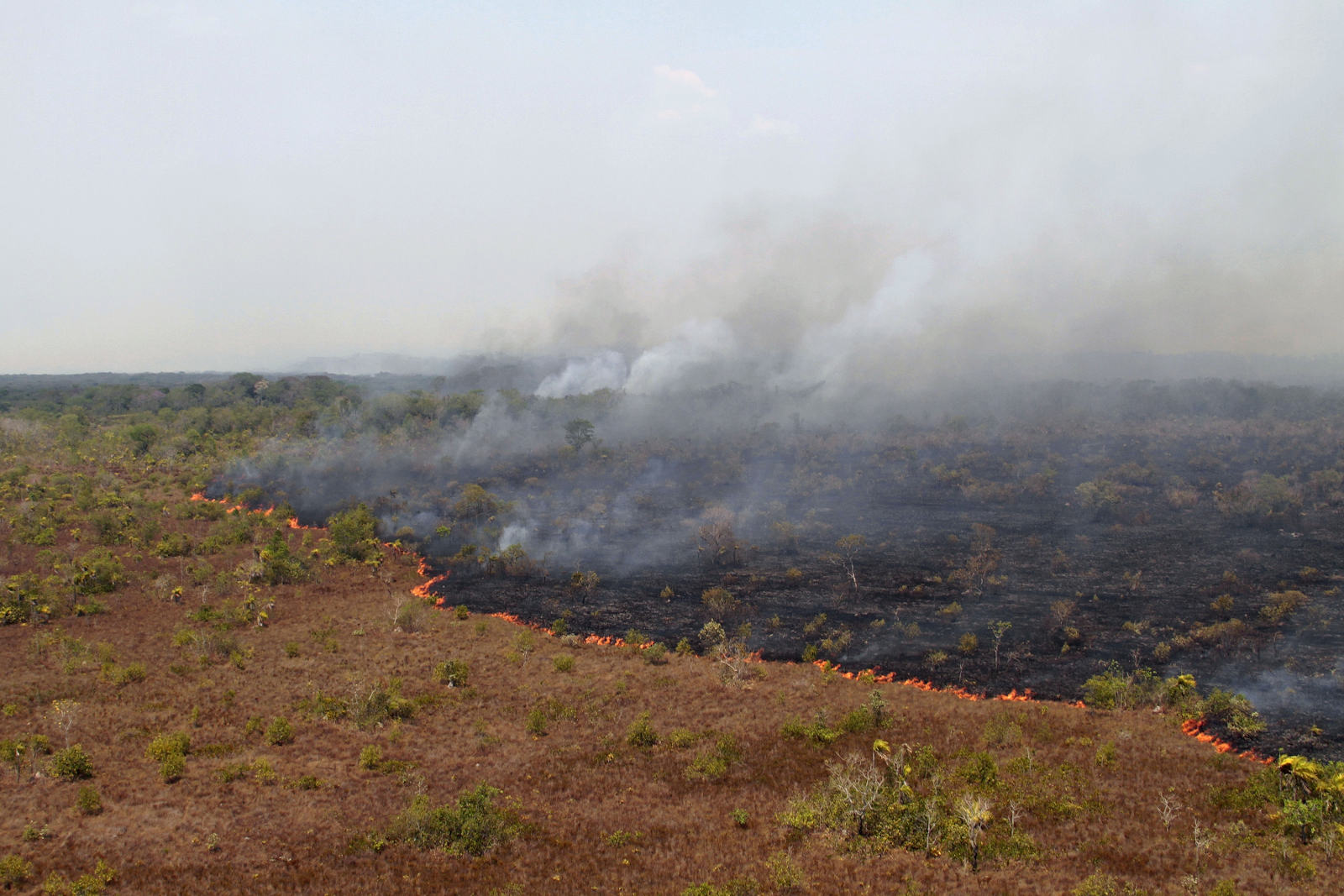 The Amazon is on Fire

The “Lungs of the Earth” are on fire, and smoke can be seen from space. The Amazon rainforest, located in Brazil and on the border of Bolivia, has been ravaged by fires. Is climate change the cause, or the growing industrialism of a nation?

This natural wonder is the most important and largest remaining tropical rainforest on Earth. It accounts for 10% of the world’s biodiversity. It gets its nickname, “The Lungs of the Earth”, because it creates 20% of the Earth’s oxygen and store’s 90-140 billion metric tons of carbon dioxide, the heat trapping gas that is a major cause of global warming. The Amazon stabilizes the Earth’s climate by releasing water through evaporation, regulating the world’s temperature. Without the Amazon rainforest, the effects of global warming could become irreversible. The Amazon is a critical factor in the stability of the Earth’s climate and the health of the world.

According to researchers and environmental organizations, these fires were set by loggers and cattle ranchers who, responding to calls from Brazilian President Jair Bolsonaro to develop the region, wanted to clear their land so it could be used for agriculture. The rush to deforest was sparked due to the growing global market for beef. Wildfires are raging at a record rate, over an 85% increase since 2018. The rate of land clearance is at one and a half football fields per minute, and land twice the size of India has already been burned. The more forest that is cleared, the less moisture that is held beneath the Amazon’s canopy, which means drier land. This drier land creates a greater susceptibility to fire. The more fire, the less forest, and the cycle continues.

The Brazilian President, Bolsonaro has advocated for deforesting the Amazon rainforest to benefit agriculture and industry. Since Bolsonara has come into power, there has been rapid deforestation. His anti-environmental position frames forest protection and human rights as impediments to the economic growth of Brazil. This position is only further fueling the fires in the Amazon. His rhetoric inflames hate against the indigenous people and others. Many of the oil, mining, and agribusiness operations in which BlackRock (the company responsible for the biggest drive in climate change) allegedly invests in contributes to the violation of indigenous rights and the expansion of development and, therefore, the deforestation of the Amazon. The Amazon is critical to the survival of about 400 indigenous groups that call it home – and to the world as a whole.

The destruction looks apocalyptic and otherworldly. It’s a vision into the future if the climate crisis is not addressed immediately. The Arctic, California, and now one of the most important ecosystems on earth, the Amazon, is on fire. The list of scorched lands continues to grow, and the vital action necessary to prevent the continuation of climate change has not been taken.  If action is not taken now, the effects of climate change will become irreversible, meaning inevitable global disaster.