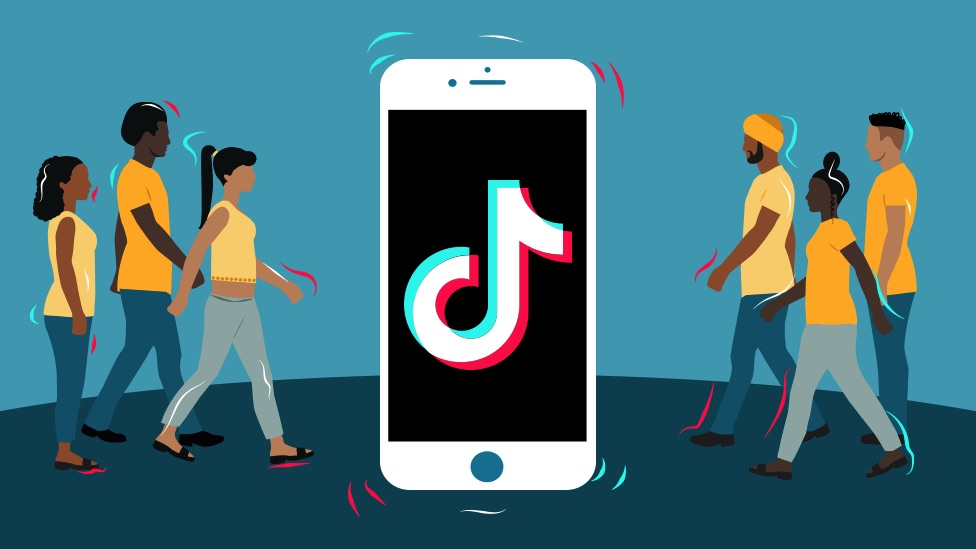 TikTok is Redefining “Social” Media for the Better

Over the course of the last two decades, there was a promise that came with each new social media platform. From Facebook to Instagram to Snapchat, they were all supposed to connect us to one another in a way that was never possible before. They were supposed to bridge the divide of physical distance, to allow us to share our most important moments with the world, and to keep us informed in a rapidly changing world. Facebook’s official mission statement on their investor website is “to give people the power to build community and bring the world closer together.” All of these companies have failed us immensely. It is an overused expression to say that social media has really become “anti-social media,” but in general it holds a lot of truth. The rise of social media also correlates with the rise of mental health issues in teenagers as our brains are literally rewired to crave short-term hits of stimulus and attention. Furthermore, the consumers have quickly become the product as our data is sold to advertising companies and we are fed misinformation. As you can tell, I am not usually one to harp on the virtues of social media, so I truly mean this when I say that I believe TikTok is different.

Tik Tok began as the successor to the social media platform Musically which was popular in the United States and the platform Douyin which was popular in Asia. Both apps allowed users to post short clips of themselves lipsyncing to popular songs and audios made by other users. ByteDance, the Chinese start-up which owned Douyin, purchased Musically in 2018, merging the two into Tik Tok. For an app-based out of China, Tik Tok has ironically democratized social media in a way that no other platform really has. Most popular Youtube videos these days star twenty-something “influencers” with big budgets, a large production team, and an existing audience. On Tik Tok, the best content rises to the top regardless of who it comes from. Furthermore, the editing tools which are built right into the app, allow users with little to no experience with video editing to easily create high-quality content. What videos Tik Tok decides to show a user on the “For You Page” is the result of a complex artificial learning algorithm that takes into account many factors like view time and like ratio but is able to sort a user’s preferences incredibly quickly.

These properties of TikTok have created a media ecosystem unlike any other that has ever existed. It is quickly becoming the social media app of choice for Gen Z with content that is generally made by teenagers for teenagers with little to no adult oversight. That may sound like a recipe for disaster, but in fact, it has been the opposite. With teens able to directly interface with each other like this, important and often overlooked voices have been. There is a “side” of TikTok for almost every subculture, hobby, and fandom you can think of. In particular, the LGBTQ+ community, which according to a recent Gallup poll comprises only 5.6% of the adult population in the U.S., but has a very powerful voice on the side of Tik Tok known as alt-TikTok. In addition to sharing stories of coming to terms with their sexuality or gender identity, people share their unique aesthetics such as Cottagecore and Dark Academia and just share fun videos of themselves with their friends interacting in ways that can be very different from mainstream, straight, and cisgender American society. People have even developed their own language for certain things in this community such as asking the question “Do you listen to Girl In Red?” in reference to an indie Norwegian songwriter being used as a popular euphemism for asking if someone is a lesbian. Compare this to modern television programming where queer characters have only just begun to break into the mainstream in shows like Queer Eye and the Umbrella Academy, and you can see the appeal of TikTok to LGBTQ+ teenagers who are just beginning the process of self-actualization.

Tik Tok also served an important purpose during the Black Lives Matter protests last Summer when TikTokers shared tips about how to protest safely and protect your identity. It is arguable that this sort of organizing power, along with TikTok’s penchant for spreading progressive messages contributed to Donald Trump’s attempt to ban it last year. True, there are some national security concerns regarding China’s use of data, however, if Trump had actually been addressing these worries, he would have found a less destructive solution than a full ban or the forced sale of Tik Tok to an American company. Instead, it seems more obvious that Trump feared the power Tik Tok has as a megaphone for Gen Z, a generation which Pew Research found in January 2020 to have the lowest approval rating of Donald Trump’s performance as president for any generation. Progressive politics thrive on Tik Tok where capitalist critiques that fall outside of the neoliberal mainstream can be spread freely by freethinking teens.

During the coronavirus pandemic, Tik Tok soared in popularity, increasing in daily users by 75% from January to September 2020 according to Forbes. This is an unsurprising trend given the lack of other outlets for socializing teenagers have had since lockdown began almost a year ago. While this lack of options has led many people to greater use of streaming services and other social media platforms as well, nothing seems to come quite as close to the real deal as TikTok. This makes sense when you consider how bizarre of an experience it has been to be a teenager during the last year. It is not an experience anyone outside of that group could ever hope to understand. While adults and mass media shy away from the topic, Tik Tok has become a  place where teenagers can go when they feel truly alone and find people who are actually like them: other teenagers in their bedrooms, trying to survive a pandemic, enduring months of online school, and using humor as a coping mechanism.

In a feat never before achieved in human history, Tik Tok has connected teenagers all over the world to create a layered but cohesive culture for a huge swath of Gen Z regardless of physical location. It is a culture of acceptance, resilience, social justice, and joy. Oh, and did I mention that they also wrote an entire musical based on the Pixar movie Ratatouille? For all of the evils which social media has wrought in the past two decades, none of which we have been prepared to face, TikTok is, at last, a beacon of hope. I can personally say that TikTok has helped me feel more at home than just about anywhere I’ve ever actually physically been. Furthermore, I think this holds true for millions more teenagers who have been helped through these difficult times by TikTok. We shouldn’t get too far ahead of ourselves here as this technology is new and evolving but I think it is possible that at last, we have finally found a social media platform that is actually “social.”