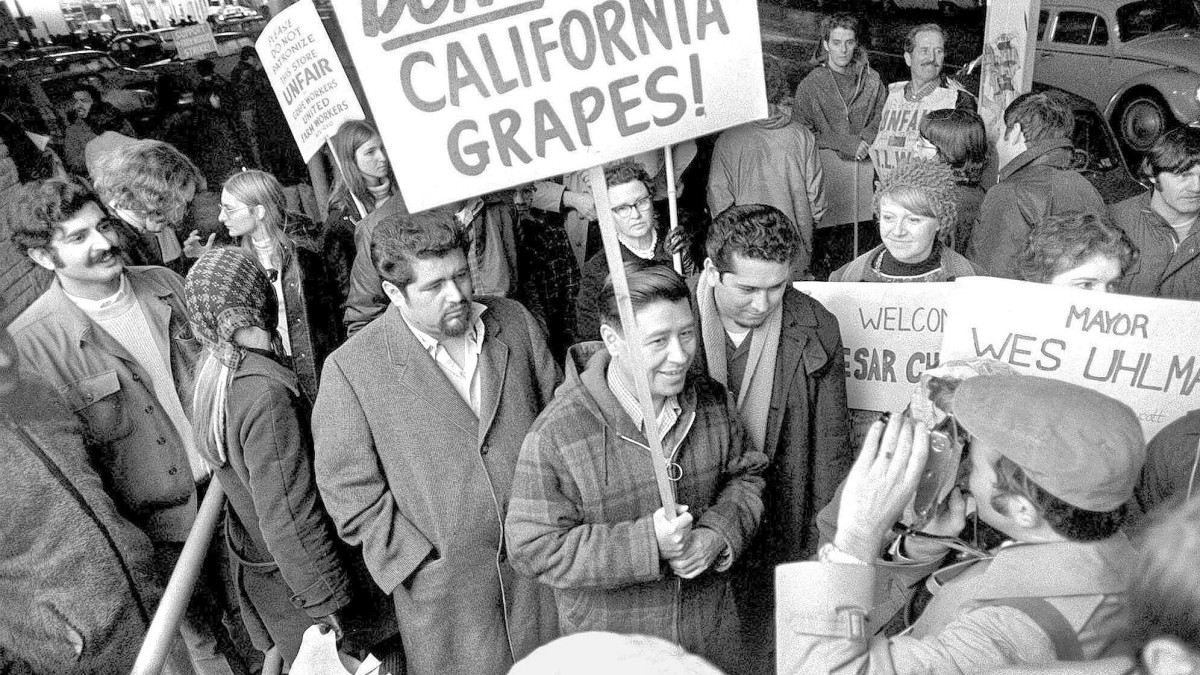 The Untold History of César Chávez

Everyone has at least heard of or know about the man named César Chávez. Our own president put a small statue of him in the Oval Office back in January to commemorate Chávez’s legacy. But who was he? Why is he important? Why does his legacy matter?

César Chávez was a Chicano who founded the National Farm Workers Association, which later became the United Farm Workers of America. The UFW website details how Chávez and protesters wanted the state government to pass laws that would allow farmworkers to organize into a union and allow collective bargaining agreements. In other words, the protesters wanted a legal contract that would determine their wages, hours and their terms and conditions of employment. The reason why Chávez pushed for a union was to make people aware of the struggles of farmworkers, advocate for better pay, and press for safer working conditions. While Chávez’s legacy and achievements were extremely important and should never be forgotten, he should still be criticized and held accountable for his controversial views that are often overlooked.

Chávez was a major hypocrite. One of the examples of this was his feelings towards undocumented immigrants. Mr. Iaconangelo does a good job of pointing out Chávez’s flaws in his article about César Chávez in the Latin Times. Chávez supported the “wet lines” that were set up by Chávez’s cousin, Manuel Chávez. In 1974, Manuel paid around 300 UFW members to patrol the border between Yuma, Arizona, and San Luis, Mexico. They aimed to convince immigrants to turn back but it quickly became violent. Many reports surfaced that people were getting attacked. In addition, Micheal Harpold, who spent 35 years patrolling the border with INS, said he remembers meeting Chávez in 1965, “‘He explained that the growers would break his striking union if we did not prevent them from hiring illegals; he would provide us carefully screened information to act on.’” Francisco Valladares and Alejandro Ramos go onto say in their article on 22 West Media that Chávez would refer to those he blamed for breaking his strikes as “‘wetbacks’” and “‘illegals.’” Why does this make Chávez a hypocrite? His parents immigrated to the United States from Mexico. And not to mention that most if not all of the farmworkers he was advocating for were immigrants.

Chávez also endorsed and met with a dictator. Chávez met with Ferdinand Marcos, Philippines’ dictator, in 1977 to accept an award but also to try to win over Filipino-American farmworkers. According to the records of the Marcos regime found at the University of Hawai’i at Mānoa’ library, Ferdinand Marcos implemented Martial Law because the poor and working people were protesting that they were getting left out of economic benefits. Marcos violated many human rights, targeted activists, political opponents, and many others who fought against his dictatorship. In Katerina Francisco’s article commemorating activists who were killed under martial law, Francisco states that thousands of people endured various forms of torture and around 3,240 people were killed from 1972 to 1981. Chávez had to have known of what Marcos was doing. It’s once again hypocritical of him to preach and advocate for the importance of human rights when he then goes to meet a dictator who’s been accused of violating many human rights.

It shouldn’t be forgotten that César Chávez was someone who had a great impact on many people and made many crucial accomplishments like improving labor conditions and compensation for farm workers, bringing awareness to the repercussions pesticides had on workers’ health, and much more; however, it’s extremely important to acknowledge that figures or icons like César Chávez were not all that great. Too often, we praise and adore noble figures and fail to recognize their flaws and problematic areas.

Chávez will always and should always be remembered for his legacy. He helped improve many lives and is an important part of Chicanx history. But when his legacy is being taught or brought up, he should also be met with criticism.