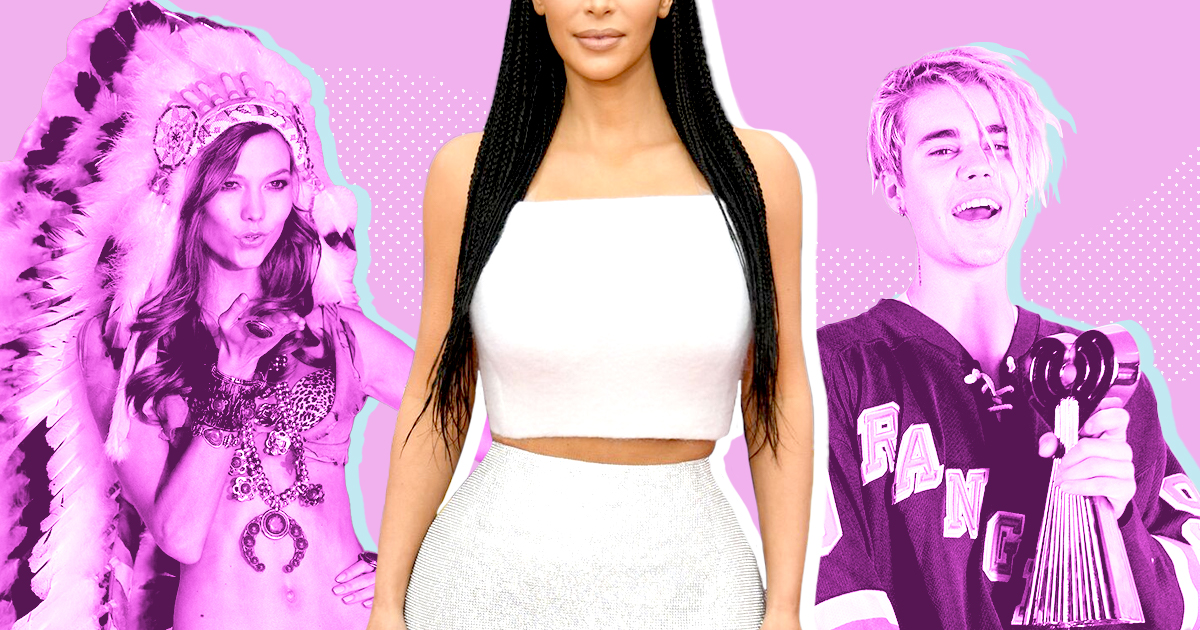 The topic of cultural appropriation is an often complicated and confusing conversation. So, let’s start by defining it. VeryWell Mind defines cultural appropriation as “the use of objects or elements of a non-dominant culture in a way that doesn’t respect their original meaning, gives credit to their source, or reinforces stereotypes or contributes to oppression.” Because the idea of cultural appropriation is a layered phenomenon it can sometimes be hard to spot and understand. Cultures often interact, especially in the melting pot of America, thus creating many incredible subcultures and even genres of music. This is the fruition of appreciation for other cultures, however, the line is sometimes blurred between appreciating and appropriating.

Appropriation is the manifestation of ignorance. Appropriation in the simplest terms is using or taking something that does not belong to you. In the cultural context, it most often refers to a dominant group taking something from a minority group that has historically been oppressed or exploited. I say that appropriation is the manifestation of ignorance because it is an act that fails to consider the historical context and thus the weight of the symbols in which an appropriator is wearing for the sake of aesthetics.  An example of this is wearing a sacred object, such as an indigenous headdress, and wearing it as a Halloween costume. Take for example the Victoria’s Secret fashion show a few years ago when Karlie Kloss strutted down the runway in a large feathered Native American headdress and turquoise jewelry. This is appropriation rather than appreciation because first off Victoria’s Secret failed to recognize the cultural significance of this headdress and jewelry to indigenous people of North America, and second, used a white model. So no, don’t wear that headdress to Coachella or Burning Man. Kim Kardashian along with most of her sisters have been accused of cultural appropriation on multiple occasions. The Kardashians are not first-time offenders of appropriating black culture specifically, from the cornrows and box braids to deep “tans”. Kylie Jenner wearing a durag as a fashion accessory is cultural appropriation due to the historical significance of durags dating back to the headwraps enslaved African Americans wore. It is wrong that she gets to wear it as a statement piece yet Black men have to take it off to succeed in corporate America.

Another way in which cultural appropriation manifests itself is through cultural degradation. Cultural degradation is the act of using an element of a group’s culture/ identity for the sole purpose of humiliating said group. The most known example of this is blackface. Blackface dates back to approximately 200 years ago when white performers would paint their faces darker to mock enslaved African Americans. These depictions of Black people painted them as lazy, hypersexual, cowardly, and unintelligent. Blackface then and blackface now continues to paint a nasty and racist stereotype. Blackface is not a past racist activity many politicians and celebrities of today have done blackface such as Canada’s prime minister Justin Trudeau, Dancing With the Stars Julianne Hough, Teen Wolf’s Colton Haynes, and even canceled youtube star, Shane Dawson. Blackface is not a thing of the past and it remains highly ignorant and offensive.

Unsure if what you’re doing is cultural appropriation? Well if you’re asking, it probably is, but for the sake of knowing ask yourself these questions because why not err on the side of being respectful and considerate of others. (VeryWell.com):

Cultural appropriation is avoidable. Ask yourself these questions. Take the time to appreciate and learn from other cultures. Support small businesses that directly benefit members of a culture you appreciate. Give recognition to these cultures and don’t claim as your own or the “hot new thing”. Overall, be sensitive to the experiences of others.