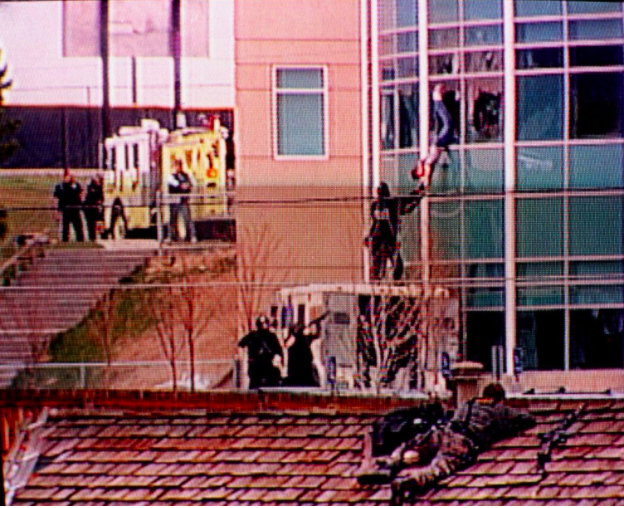 April 20, 2021, marked 22 years since the horrific massacre at Columbine high. Columbine was intended to be a bombing but their bomb failed to detonate.  As a result, they chose to improvise with their firearms.  They intended to kill hundreds but killed 15 people which is still a big number.  The whole nation was shocked and there were many things people were blaming for the tragedy.  People blamed video games, Marilyn Manson, and other things.  I want to focus on guns.

The mass school shooting nightmare remains prevalent in America over 2 decades later. Here in California, the majority of people aged 21 and higher have the right to purchase a firearm. Convicted felons and narcotic addicts are prohibited from possession of guns.  State law usually prohibits people from carrying a gun out in the open.  Assault rifles are banned in the states of California and Connecticut.

Citizens and legal residents must be at least 18 years old to obtain shotguns, rifles, and ammunition.  All other guns like handguns are not permitted to be obtained by anyone under 21.  Anyone deemed a danger to society, fugitives, and those who have been found guilty of illegally possessing or using controlled substances (such as marijuana) within the past 365 days are banned from buying guns.  Dealers must be 21 or older to obtain a Federal Firearms License.  Holders of Federal Firearms Licenses are required to conduct background checks.

The Sabika Sheikh Firearm Licensing and Registration Act was introduced in house back in early January.  This bill would forbid the ownership of certain ammunition and large-capacity ammunition feeding devices.  It would also establish a process for the licensing and registration of firearms.  The person must be 21 or older, undergo a criminal background check and psychological evaluation, complete a certified training course, and have an insurance policy.  We have another act on the table known as “Ethan’s Law.”  This act states that the storage of a portable gun resulting in the wounding or death of someone under the age of 18 is a crime and should result in prison for 5 years.

Semi-automatic weapons should be banned outside of the military and law enforcement.  I believe you must be at least 25 years of age and go through a background check before you purchase any firearm. Here are the conditions where you shouldn’t be allowed to purchase a gun: if you have any mental illness, if you are revealed to be part of or have been a part of any group that holds hatred of any kind (ie racial, religious, etc), if you have any felony charges at all, if you have alcohol problems, if you have a history of threatening people, if you have issues with depression, suicidal thoughts, or homicidal behavior, if you are quick to anger, if you have ADHD, or if you have a history of violent behavior.  Those who unconsciously sell guns to these people will be deprived of their license to sell and own firearms for life.  Anyone who buys a firearm despite being part of a hate group or was a part of a hate group holds a history of threatening people, has felony charges, has a history of violent behavior will be confined to prison for at least 5 years.