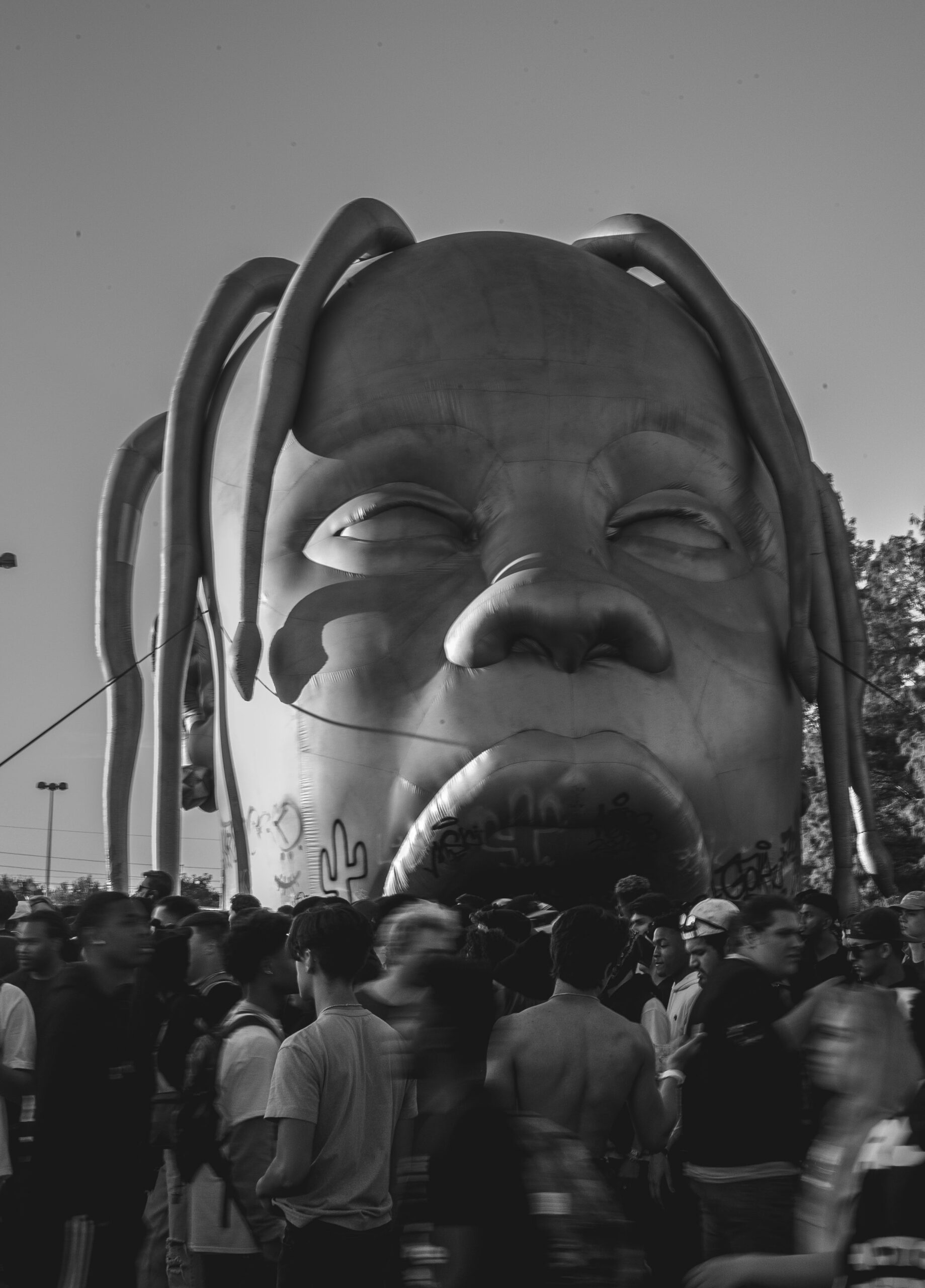 Who is Morally Responsible for the Astroworld Tragedy?

On November 3rd, 2021, up to ten people lost their lives and over 300 were injured in a concert event held by musical artist Travis Scott in Houston, Texas. Crowd crush killed almost all who lost their lives. Crowd crush refers to people being so enclosed by one another that they either die by asphyxiation or by being crushed. Crowd crush is a horrible way for one to lose their life, and just hours ago these victims were expecting to watch a music artist they enjoy perform some of their favorite songs. However, I and many other people (including authorities) believe that these hundreds of injuries and multiple deaths could’ve been prevented with the right precautions like more intense security, various actions that could have been made before the concert in order to help ensure the safety of the concert goes, and communication between local authorities and concert organizers. As we all know these precautions were clearly not made and as a result many lost their lives and the victims families have filed lawsuits to Travis himself and the concert organizers. While the legal argument is still ongoing of who is responsible, I believe that Travis Scott, concert organizers, concert goers are morally responsible in the injuries and deaths related to this concert.

According to an article by the Los Angeles Times describing the event, a livestream video surfaced of Travis noticing an ambulance in the crowd, he then responds with  “There’s an ambulance in the crowd. Whoa, whoa, whoa.” According to the article, after a few minutes Travis then continued the show and said “y’all know what you came here to do.” I find that last line very ironic when looking back on it after the event. I highly doubt the 10 dead and 300 injured (not counting those traumatized knew that when they came to the event they would either lose their life or be close to losing it. I find it extremely hard to believe that if you’re a performer and you witness an ambulance taking out someone that your first reaction is to wait a few minutes then continue to the show with a crowd of 50,000 and as soon as your show ends (according to TMZ) you drive off to a Dave and Busters allegedly not knowing the severity of the situation. However, like mentioned before he saw an ambulance drive out of the crowd and videos show people close to him screaming out for him to stop. I don’t believe that Travis Scott is fully in the wrong. Ezra Blount who was one of the victims of the event was 9 and lost his life. That day his father took him to the event in Houston from Dallas. While Travis Scott has associated his name and brand with the popular video game Fortnite and businesses such as Mcdonald’s, that doesn’t mean that he has family-friendly shows. He is well known to have (for lack of a better term) insane shows that end up in injuries, and has even received three misdemeanors according to the L.A. Times because of concerts he’s held being too violent and Travis encouraging this behavior. While defending Travis is something I do not want to do, it is the responsibility of the parents to at least do some research and have the slightest bit of knowledge on Travis and his concerts, especially if you are taking your 9 year old son. Travis’ history of violent concerts have even been documented so extensively it is even in the popular Netflix documentary series about him.

The company that helped produce this event, Live Nation, is also every bit as responsible as (if not more) than the previous mentioned. Live Nation is an entertainment company founded in 2011. On their website they claim that “Once you take a look at our global live entertainment platform, you’ll understand why we’re the market leader across all three of our core industries.” This too is also very ironic as they are known to have been sued for ticket prices being fixed (according to the Chicago Defender as well as Yahoo News). This is also not their first rodeo when it comes to events that result in injuries and loss of life. According to NPR the company is associated with the injuries of 750 and deaths of 200. These deaths and injuries are not all their fault however as 72 of their deaths come from both the mass shooting in Las Vegas that took place in 2017 as well as the suicide bombing attack during an Ariana Grande concert in Manchester in 2017. A few incidents however can be attributed to their lack of planning and judgment of the crowd. In 2011 a stage collapse occurred which killed seven and injured 61 and a staffer in Long Island, N.Y. Suffered brain damage after a heavy operating vehicle tipped over while he was in it, both of these incidents cost the company 151 million dollars in damages. With a company with this type of dark history when it comes to managing concerts and more specifically crowd surges and collapses, the event in Houston just looks all too normal for a company like Live Nation, except this event has received more media attention so we can only hope that they receive more severe punishment for loss of life and catastrophic physical and mental injuries.

While all seems gray and gloomy I believe there is a way to combat events like this from becoming extremely severe and so do local concert goers. Santa Barbara High School student and concert goer Nathan Meinzer was asked about his thoughts with venues in smaller places like Earl Warren Showgrounds. He responded that they should “not as the venue is quite tiny and isn’t really made for concerts.” He then said that he would rather have bigger concerts at “The [Santa Barbara] Bowl because it’s a bigger venue and well staffed and prepared for anything to happen.” While this is true in the sense that The Bowl is very much more prepared for concerts than Earl Warren from my personal experiences at The Bowl the majority of the officials there are volunteers who act as usher and I can be that the majority of them don’t have proper training or experience to handle a concert that may go overboard. When asked about what venues can do in order to ensure the safety of the audience, Nathan responded with “prepare for crowds who are rowdy and are gonna try to break the rules” he also went on to say “do not underfund security or EMTs and have a plan for crisis situations.” While this may seem like the bare minimum that venues should cover, what we saw from the Travis Scott event was a result of lack of planning, rowdy crowds, and poor management from the company and artist. It is clear that whatever Live Nation and Travis Scott saw as “safe” clearly didn’t pan out into reality. This event killed 10 people and injured over 300 and this event will probably tarnish Travis’ career for the rest of his life and put Live Nation into a financial hole they can’t escape. However, this is a small price to pay compared to what the families of the victims have to endure for the rest of their life, mentally, physically, and financially. People lost their husbands, sons, daughters, and wives and it is pretty apparent who is morally responsible for them.