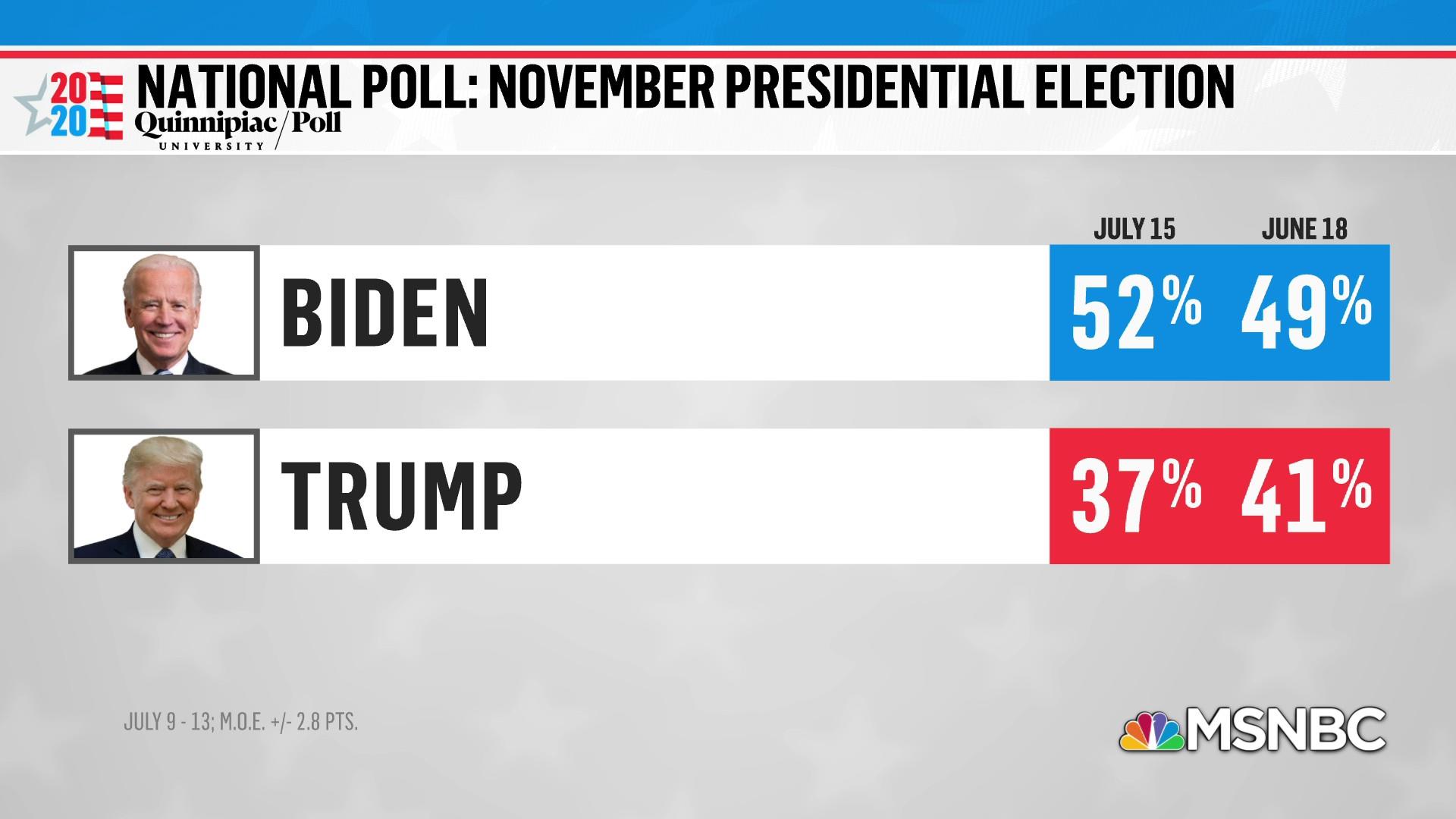 What is the Status for the Future Election?

What is the status for the future  election?

After the primaries we were left with candidate,  Joe Biden, that will be going against the current president in the coming election this November. Biden is in the lead in many states that hold the most electoral college votes , such as California  and New York. However, due to the fact that teenagers under the age of 18 can’t vote in the coming election, we have to make sure that people around us vote because, quite frankly, the future of this country depends on it .

National polls are held to show how popular a presidential candidate is across the country.  The United States  uses an electoral college system,  meaning the polls show which  candidate is ahead and more likely to win. However,  in the election there can be a completely different outcome, which most of the country quickly learned in the 2016 election where Clinton was ahead in the polls, yet lost to Donald Trump .

Each state is given a number of votes based on population which comes to a total of 538 electoral college votes and in order for a candidate to need 270 electoral votes . If there is a tie, the vote will be turned over into the hand of the House of Representatives.  The predictions for this coming election point towards a close race rather than a tie, so it will be very unlikely for the House of Representatives to step in.

As of today September 4th 2020 it looks like the candidate that is ahead in the polls is Biden ( 269- 119 ) which suggests that he will be winning the election this coming November with him leading three key states that Trump won and has had support from in the last election in 2016. Many of his former supporters have changed their opinion as they say on a Reddit post that asked the question: “If you voted for Donald Trump in 2016 but won’t in 2020 ,what changed your mind?” with many saying things like they were young,  influenced, or even threatened by their conservative parents.

-“I got stuck voting for what I thought was the lesser of two evils, and honestly? I was very influenced by my father (if influenced is ‘being threatened to get kicked out of the house if I voted for someone else’).  Don’t get me wrong, I didn’t like Clinton, and even now, I realize I don’t like either candidate.” -Amy47101,

“I didn’t, but almost voted for him in 2016 thinking he was a successful businessman who would grow our economy and pay off our insane debt. Instead we got the largest deficit (pre-COVID), tax cuts for the wealthy, and found out he really wasn’t that successful — just a con man who didn’t pay contractors. Hard not to make money when you’re a professional cheater.”  -erjo5055

Biden is winning Florida by 4 percentage points in the polls as well as 5 points in Arizona where a democratic candidate has not led in over seventy years which puts hope in the minds of many people that don’t want their country to go in shambles. However, some states that hold many of the electoral votes are tied which implies a very close race . We never know what the outcome of the future election will be nor the aftermath.  We cannot  fully depend on the polls to predict the election in November as we so quickly found to be the case in the 2016 presidential election. All we can do is rely on is the freedom to vote through democracy and tell our family, friends, and anyone the age of 18 or older to vote.