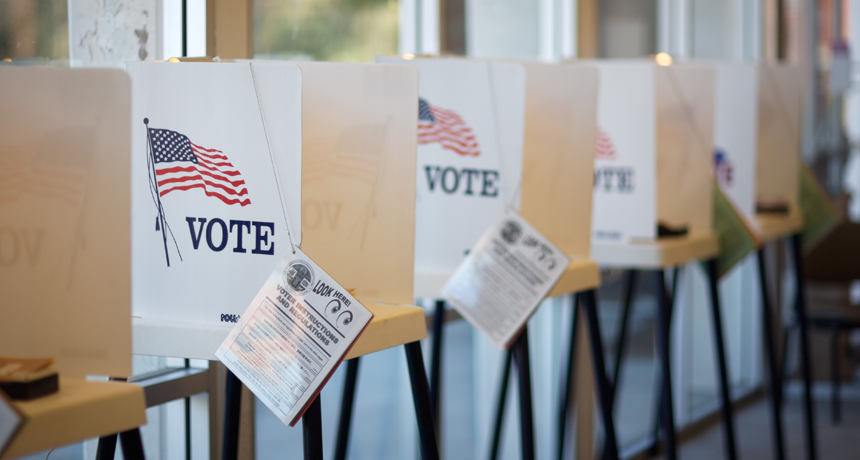 Why Should Gen Z Vote?

Gen Z makes up one third of the current population in the United States, now that the older portion of Gen Z can vote, it’s time to make a change in the government and the system that we are and will be going into. There are so many issues that need to be noticed and need to be taken care of such as the importance of climate change, equal rights, wild fires, the right to abortion and abolition of the pink tax, etc. We need Gen Z to take part in this election so that our new leader will precisely represent the  generation that will be entering America’s government and economy. We have the power to change our future for the better.

Gen Z has led marches all across the country, and parts of the world, since late may of this year after the murder of yet another unarmed black man by a white police officer.  Gen Z also led the “ March for our Lives” protests and school walk outs across the country for gun restrictions after the parkland school shooting. Gen Z has proven to be very vocal and politically active.   Gen Z will show that they will not stand for a system that doesn’t induce equality. The capitalist system and neoliberalism; a modified form of liberalism tending to favor free-market capitalism. Demolishes the opportunity for unity for equal societal worth and creates an ideology that we’re all worth the same and creates an ideology resulting to eco-fascism. We need to get rid of eco-fascism; Ecofascism is a theoretical political model in which an authoritarian government would require individuals to sacrifice their own interests to the “organic whole of nature, states Wikipedia (https://en.wikipedia.org/wiki/Ecofascism) . This is the root of racism, and the twisted belief that  their lives are worth more than someone else’s because of their skin color, and the belief that we should sacrifice the smaller majority for the better of the world.

The system that we have now doesn’t benefit the people in need, it only benefits the wealthiest 1 percent of American households which own 40 percent of the country’s wealth . Some people may believe white privilege is just an ideology to give the underclass some sort of “excuse” to be disenfranchised. Which it most certainly is not. While white people experience hardships and struggles, none of them will be due to the color of their skin. The reality is not the same for black people and other people of color.

Some  privileged people support a movement known as  “All Lives Matter”, which is a direct movement against the “Black Lives Matter” movement. Black lives matter is the core of the recent protests. It’s important for Gen Z to elect a candidate that will support what they fight for. We are powerful, and to let that power go to waste is like getting your phd and not using it.

We have made it our mission to open the eyes of others so they can understand the injustices of the system that surrounds us.

A few Mondays ago was Labor day. There was a discussion between the democrats and republicans about the school board, in Santa Barbara. I know that Gen Z stands for better sex education to lower the rates of teen pregnancies, getting rid of the pink tax, universal medical care, affordable housing, and many more. A Democrat on the school board called out a conservative republican for being against such things. Democratic Representative, Salud Carbajal called out Donald Trump for stating, “We have an administration that we need to change this November. We have an administration that has called the COVID pandemic a hoax. This administration provided no leadership, no matter what the issue is. Whether it is addressing climate change, whether it is improving health care, making it more affordable and accessible, whether it’s civil rights, whether it’s immigration reform. No matter what the issue is, we have an administration that stands against everything Democrats stand for,” he referred to the president as, “ an outright dictator and a racist.” And actually compared Republican Andy Candwell to the president. According to Noozhawk.com Representative Salud Carbajal stated that Republican Andy Candwell is a, “mini-me Trump ” and calling him out for standing for everything Trump stands for. He stated, “He was Trump before Trump when it comes to his views on minorities, the LGBTQ+ community, women, women’s reproductive rights. His values are so out of line with our district and Santa Barbara County.”

Gen Z has the most powerful voice. This generation can change the government by voting for a candidate that will fight for what they stand for. The candidate can affect people locally and worldwide. That’s why Gen Z should vote.