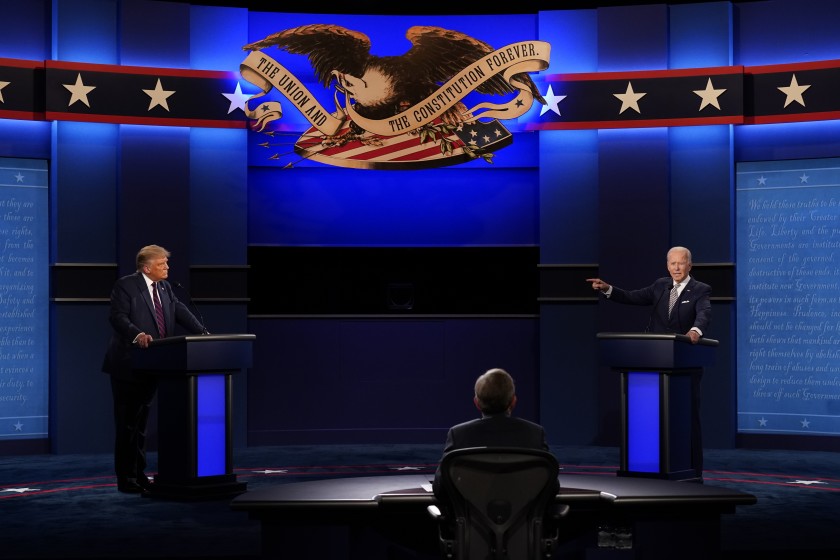 Have you watched the Final Presidential Debate that was held on October 22, 2020? Well, if you haven’t don’t worry, here are the highlights.

That night many topics were discussed amongst Donald J. Trump and Joe Biden. The debate featured 15 minute segments touching on topics such as: COVID-19, foreign policy, the economy, race, climate change, and many more. The most pressing of these issues is the current pandemic.

When asked what would happen if Joe Biden is elected, Donald Trump boldly stated,“You will have a depression the likes of which you have never seen”. CBS News stated that during this election, Donald Trump has frequently brought up recent reports about Joe Biden’s son’s oversea business dealings, while defending his own foreign businesses.

When asked about COVID19, Joe Biden stated, “ He says we’re learning to live with it, people are learning to die with it… you folks home will have an empty chair at the table this morning”. Donald Trump rebutted by saying quarantine is unbearable.. Donald Trump sees quarantines as, “staying in a basement…We can’t lock ourselves up in our basements like Joe does. He has the ability to lock himself up…”. Donald Trump does think that the nation has to “recover” because “99% of people recover”, and we should recover together.

Joe Biden did bring up that no matter how wealthy black people are, they have to tell their children to not wear a hood when they are crossing the street, claiming that there is constitutional racism embedded in America. Donald Trump’s response to this was that he understands why these parents are in fear for their children, and brought the fact that Joe Biden has been in the government for 47 years and, “never did a thing”.

Critics at Vox agree that the second debate was far better than the first debate. If you are stuck on who to vote for, I highly recommend watching to inform yourself on the positions of each candidate. In the end, Joe Biden was announced the winner of the debate.