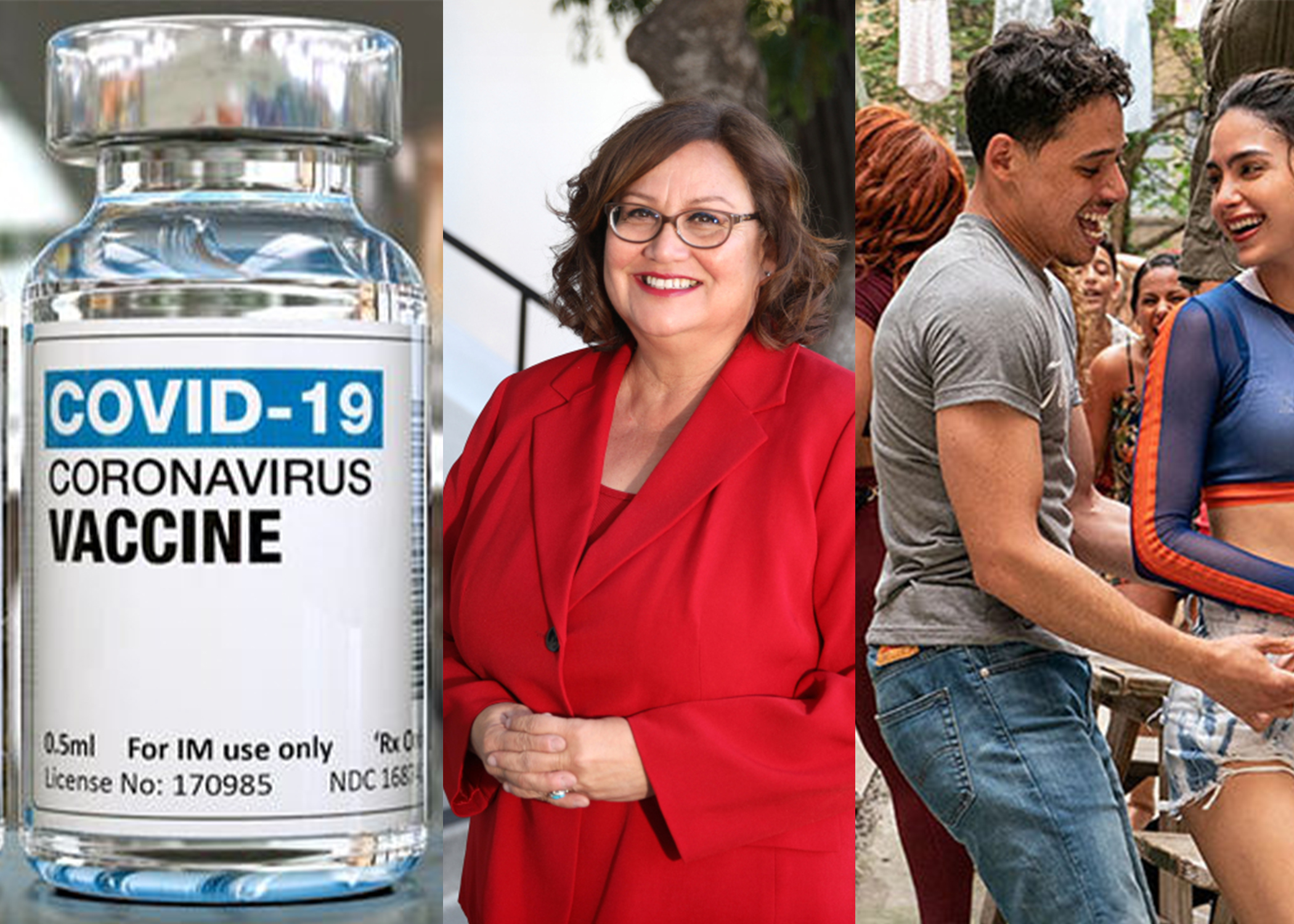 News Stories for the New Year: The Forge Looks to 2021

In a very uncertain year, one thing is for certain: 2020 has been eventful. That may be one of the greatest understatements imaginable all things considered. From the pandemic to the election to calls for racial justice, our reporters have worked diligently to keep you informed and empowered. However, 2021 is shaping up to be just as historic. As we move towards the end of an exhausting 2020, here are some of the headlines to look forward to from the Forge in the coming year.

For starters, the biggest story in 2021 will probably be coronavirus vaccination. As the Pfizer and Moderna vaccines are nearing approval, the Center for Disease Control’s current estimate is that healthy Americans under 65 who are not essential workers will begin to be vaccinated by April and most will be vaccinated by the start of Summer. However, vaccine companies only began testing on teens and children in the last few months and no definitive results have been released of those trials. If approved by the FDA, current vaccine candidates would only be approved for people 16 and older, and mass immunization of younger teens and children could take many more months. It’s not totally clear what this vaccine news could mean for Santa Barbara High School, but a return to school fully in-person is very likely for the 2021-2022 school year. Furthermore, if enough people in Santa Barbara are vaccinated to significantly decrease community spread, a return is possible either hybrid or fully in-person before the end of this school year. This marks the beginning of the end for the pandemic, but we still have a long way to go.

The other big story will be the start of Joe Biden’s presidency. He will be sworn in on January 20, 2021, ending the dramatic presidency of Donald Trump and perhaps ushering in a new era of American culture. However, much of Biden’s ability to accomplish his goals will depend on two runoff Senate elections in Georgia on January 5 of the new year. Although the presidential election has just passed, another very important election for Santa Barbara residents will take place in November of 2021: the mayoral race. Cathy Murillo is up for re-election but it will be a tough fight. She was elected in 2017 with just under 28% of the vote in a five-way race and came under fire for refusing to take a knee at a Black Lives Matter rally in June. She took a knee during the Pledge of Allegiance at a city council meeting two days later in what many saw as a publicity stunt. Although no other candidates have officially declared their candidacy, one of the organizers of the Black Lives Matter march, Krystal Sieghart, suggested on her Instagram she might have an interest in running.

Biden’s pledge to “Build Back Better” has its own analogue in Santa Barbara High School, in terms of how we’re approaching our ethnic studies curriculum. A new course, History of Africans in America, will be offered for the first time next semester with a focus on “Understanding and appreciating more fully that ‘justice’ is indivisible, that an injustice anywhere is a threat to justice everywhere.” The announcement follows a summer of protests against police brutality on black people across America as well as a national movement to dismantle systemic racism. It will also fulfill the “Ethnic Studies and Social Justice” graduation requirement which is being phased in with this year’s freshmen class. After years of campaigning by the student activism group, Ethnic Studies Now!, a resolution was passed by the school board in 2018 to create this new requirement but it was delayed to only begin with the class of 2024. Although, many would argue that there is still quite a ways to go. Unlike San Marcos High School, Santa Barbara High School does not have a black student union. Furthermore, an issue that the school board has just begun a long-term plan to address is the higher rate of misidentification of Latinx students as having learning disabilities than other groups. This is often a result of elementary school faculty being unable to distinguish between emergent language learners and those with real learning disabilities. The district is assessing different solutions to this inequity, just one of the many injustices that have come to dominate the cultural conversation in recent years.

For entertainment, Santa Barbara has a lot to look forward to. As we slowly transition back to in-person entertainment options, the Santa Barbara High School Theatre Department will be putting on a play in April: The Iliad, the Odyssey and All of Greek Mythology in 99 Minutes Or Less. This will be the first show under the direction of new theatre arts director Justin Baldridge after Otto Layman’s retirement at the end of last year. Whether the show is in-person with a limited audience or online will depend on community coronavirus transmission and is not currently known. The outlook for Santa Barbara High School athletics is similar. Season One sports, such as football and water polo, which had already been pushed back to January will unfortunately not be able to commence without Santa Barbara Country dropping out of the purple tier which seems unlikely. However, Season Two sports set to begin in the spring have a real possibility of competition. These include baseball, softball, cheerleading, basketball, soccer, lacrosse, golf, swimming, track and field and wrestling. Both boys and girls volleyball were also moved to the spring season because they were in the spring last year and would not have been able to play their seasons two school years in a row. Additionally, the Forge will be here to review all of your favorite movies of 2021, many of which are being released on HBO Max in a new deal with Warner Brothers. This includes Wonder Woman 1984, In The Heights, and the new Suicide Squad. As community transmission begins to decline, theatres may also be able to reopen to the general public including the popular Metro Theatres on State Street.

Although we are reentering a three-week period of lockdown which will inevitably bring isolation and boredom, there is a lot to look forward to in the new year. There will be a slow return to the school hallways, movie theatres, and sports tournaments we left so abruptly in March. There will be a new president with a new vision for America. The moral arc of the universe is certainly long, but there will be progress in the realms of racial equity, LGBTQ+ rights, and environmental justice. More than anything, we have hope again and if all goes as planned, we will have each other again, not over a Zoom call but in person, face to face, flesh and blood. There are, however, also things we have lost that cannot be restored by a vaccine or by anything. We recognize the immense loss of life that Covid-19 has caused and the empty chairs left around the country including in Santa Barbara. We have struggled and fought and persisted as a society and we have created a vaccine faster than ever before in the history of humanity. The Forge has been there through all of it and will continue to document the stories that matter to people at Santa Barbara High School as the world changes so rapidly. Wear your mask. See you in the new year.

Published in Fall 2020, Editorial and Opinion